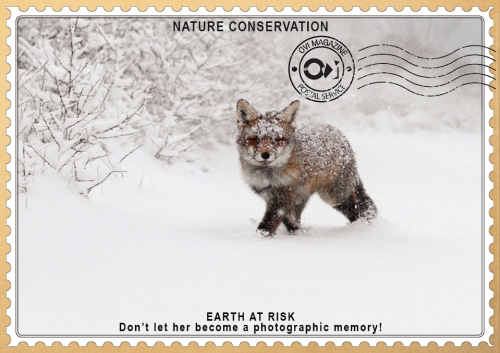 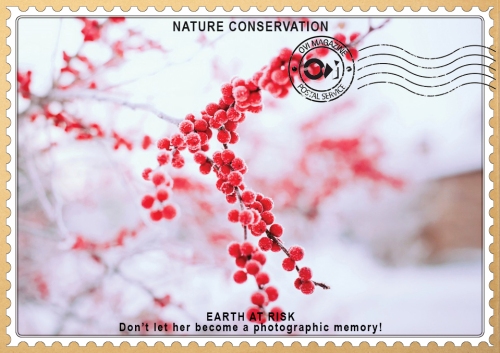 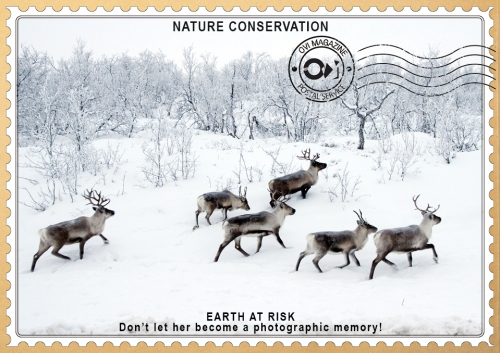 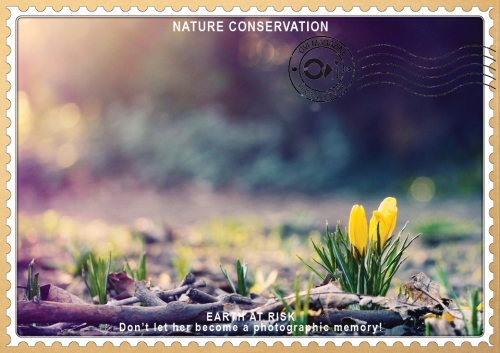 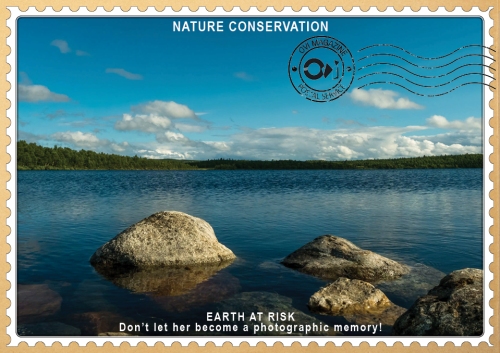 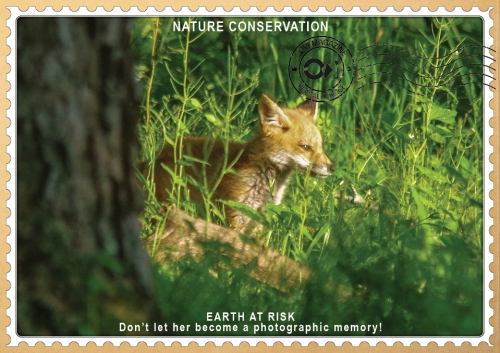 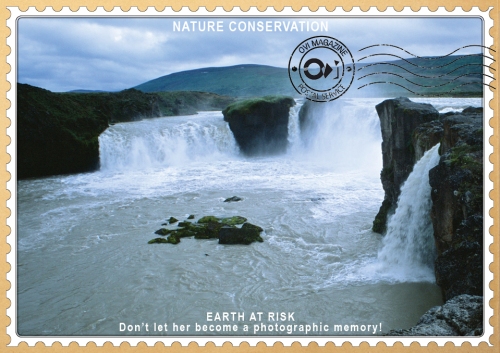 Point Counterpoint: Gorgons of This World by Saloni Kaul

yes locked in strong embrace that would kindle no passion bright
Straight glances meeting that trigger neither love nor lust,
Instant sending trick’ry, he’d be stone at first sight,
Marbled in time, forever cold, not even crushed to dust.
Strategic thought to his rescue, a brain wave skilled
And lo ! he holds the captive in his shield array.
Mirrored in there, their eyes meet and Medusa wills
Him to turn and become her, those three Gorgons’, prey,
But eye to eye, he classily aims and at once her kills.
Armed with Perseus-like strategy, beware of first sight.
Medusa’s gone, immortals two remain out there to bite.

The Anti-Bad-Ju-Ju-Voting Ritual by Leah Sellers

The Man and Woman dressed in ornate leather attire covered with eagle, hawk, turkey, chicken, ostrich, emu, peacock and goose feathers rattled their painted rattles covered with Multi-cultural Sacred Symbols as they danced and chanted around the blazing fire pit.

Suddenly they jumped into a standing position pushing their arms straight out in front of them holding their hands up shouting, “Stop !”

Then they both held their arms straight out to their sides creating a small “t” Cross shape shouting, “Think !”
Lastly, they ended their previous chanting and dancing Ritual by spreading their legs outward and their arms up and outward into a double “V” shape, shouting, “Vote !”

They repeated the Stop, Think, Vote Ritual body symbols’ moves and shouts two more times, before once again shaking their rattles, while slowly lowering them toward their chests, and crossing them to form a “t” Cross shape in the center of their bodies. Bowing their heads they both said “Amen”.

Sam opened one of his eyes and peeped a glance at his wife Peggy Joy, waiting for her next cue.

Peggy Joy opened her eyes and smiled at Sam.

“You did fine, Sam,” Peggy Joy said happily. “You did a good job memorizing the words to the Prayer Ritual. And your dancin’ and rattlin’ were mighty fine as well.”

Sam beamed. “All I did was keep an eye and an ear on you, Hon, and follow your lead. And I have to admit, Peggy Joy, you had some mighty fine moves yourself durin’ those dancin’ and rattle shakin’ moves of yours.”

Peggy Joy frowned and grinned simultaneously. “Sam, we are creating Sacred Space here, sir. You need to keep your mind on the Lord’s work we’re attempting to do here, please.”

“I apologize, Honey. It’s just that this multi-cultural…..er, what did you call it again ?”

“Right, then. This Anti-Bad-Ju-Ju-Voting Ritual usin’ all of these different Religions words for God, and keepin’ all of the Religions of the World, and their People in our Hearts while we’re chantin’ and dancin’ and rattlin’ around that dang hot bonfire, when I can’t even hold all of ’em in my Mind, is a little confusin’ at times,” Sam admitted with a big grin.

“Well, I know that we’re doin’ this on short notice, Sam, because of the dire need for it right now durin’ Early Votin’ and the November 6th Votin’ Day that’s right on our doorsteps and all, but I think we’re doin’ the best job of it that we can. And Lord knows, SomeBody has got to do it. So, it may as well be us.”

“If you say so, Hon,” Sam rumbled. “But if Pastor Strict gets wind of what we’ve been up to he’ll flip the Communion wafers and grape juice.”

“Why do think I suggested that we do this Ritual in the back pasture, Sam ? Peggy Joy asked rhetorically.

“Privacy. I do not want to have tongues waggin’, when we’re just tryin’ to cover all of the bases for this most important and crucial of Votin’ Times.”

“Well, if anybody does catch us dancin’ and rattlin’ around together around our fire pit shoutin’ strange God words and Prayin’, we’ll just say it’s rehearsal for some Halloween gig we’re plannin‘”

“No, Sam, I do not or I wouldn’t be doin’ it or have asked you to join me in doin’ it. I was raised knowin’ that God made Everything and EveryBody” Peggy Joy explained.

“In fact, I have sort of always seen Religions as the different Faces – the different parts or personalities of God, Almighty. And some folks even think that God is a female or a male and female, both.”

“Anyways, if we’re made in His image, then He’s got to be just as Complicated as all of the rest of us Human Bein’s are. And He probably has Moods just like we do, too. Just like the Skies up above and Oceans of the Earth do. Sunny today. Stormy tomorrow, and back to Sunny again. It’s all Physics, Sam.”

“What in the World does Physics have to do with any of this ?” Sam asked challengingly.

“Everything is about Physics, Sam. Everything,” Peggy Joy sighed.

“Peggy Joy, you read too much,” Sam said teasingly.

“No such-a-thing, Sam ! We can never know too much, Hon.” Peggy Joy said flatly.

“Alright, alright, I’ll give you that one. You ready to do this Anti-Bad-Ju-Ju-Votin’ Ritual thing for the third and last time ?” Sam asked.

“I guess we’d better. We still have to feed the livestock and the dogs, and get them all settled in, before I can rummage the kids and us up some tasty leftovers for dinner.” Peggy Joy said.

“Did you say tasty ?” Sam laughed.

“My leftovers are always tasty, mister. You can always go to bed without your supper if you complain too much about my tasty leftovers,” Peggy Joy retorted lightly.

“Peggy Joy, I gotta’ admit that your little Anti-Bad-Ju-Ju-Votin’ Ritual is a pretty thoughtful thing for you to have created, and wanted to share with me. I’m honored,” Sam said seriously.

“And those Cheerleader moves you taught me come in real handy, Hon. I like the Stop, Think and Vote part the best. I can really get into makin’ those bold moves you put with the words.”

“Well, some folks seem to think of Football as a Religion. And King David danced and Praised God in the streets in his baggy underwear. So, I figure that I can add a few little Cheerleadin’ moves I used in high school fully clothed in leather and feathers and get by with it,” Peggy Joy replied.

“Besides, Sam, we are doin’ this Votin’ Ritual to get Everybody tuned into Votin’ to save our wonderful Nation from the dark spirits and demons of Hatred and Fear that our president continues to summon and conjure up.”

“We’re all sufferin’ a National Trauma. All of these Precious Souls bein’ harassed, harried, assaulted and murdered by folks filled with Dis-appointments, Hatreds and Fears of all kinds. Bombs bein’ sent through the mail to some of our finest Public Servants and former Presidents. Folks bein’ slaughtered in their beautiful Temple by some White Supremacist who Hates and Fears Jews and the Refugees and Immigrants they are tryin’ to help and support.”

“We’re really livin’ in some very dangerous times for OurSelves, Our Children and our Precious Democracy, Sam ! We have to combat all of this Bad Ju-Ju poisonin’ that’s chokin’ and drainin’ the Life’s Blood of Democracy right out of our Great Nation !”

“We have to summon Our Nation’s Spirit’s of Light, Love, Peace and Hope. We have to, Sam for our kids – for EveryBody’s kids and OurSelves, for Mercy’s sake. SomeBody has to !”

“Alrighty then, let’s get ready to shake, rattle and roll out the Voting Spirits,” Peggy Joy said enthusiastically.

The Couple began to dance, rattle and chant around the blazing bonfire once again circling the flames in opposite directions. Sam kept his eyes and ears on every cue Peggy Joy gave him as they Prayed.

“Ah-Yo ! Ah-Mahn ! Ah-ishnu ! Ah-uddha ! Ah-amadan ! Ah-ammed ! Ah-Weh ! Ah-ha ! Ah-choo ! God Almighty, hear your Supplicates. We Supplicate OurSelves before You. We beg You to Save and Protect Your Peoples from this Bad-Ju-Ju – this darkest part of Humanity that has been called forth from the deepest, vilest and most corruptive bowels of our struggling United States !

“We beseech You. We Bow down before you, and beg for Tender Mercies, for Grace and Wisdom, for Empathy and Understanding, for Calm and Thoughtful Sanity to return !”

“Yes, God Almighty ! Our needs are many ! Help your peoples Vote for Leaders of Courage, Ethics, Morals, and Sound Intellect and Emotional Intelligence who will Serve Her Peoples well. Who will strive to Unite and Heal and Tend to and Mend her wounds, and support Her Democratic Strengths ! Ah-ha ! Ah-Choo !”

Then Sam and Peggy Joy stood side by side and ended their Anti-Bad-Ju-Ju-Voting-Ritual by repeating the Stop, Think and Vote Body Symbol moves and shouts three times. “Amen !”

Winded and dripping with sweat the Two finely leathered and feathered Supplicants leaned over and placed their hands on their knees, while still holding onto their motionless rattles.

“Sam looked up and turned to Peggy Joy. “Why did you add those two new words for God at the end this time, Hon ? What religion do Ah-ha and Ah-choo belong to ?”

“Why no Religion at all, Sam. I just happen to be allergic to Goose Feathers.”

Check Leah Seller’s EBOOK
A Young Boy/Man’s Rage, and A Knife He Wanted to Be a Gun
You can download it for FREE HERE!

The early black
Is still unstirred
By yawning morning.
The ceiling fills

With predatory thoughts,
Like quiet children
Come to play
Their silent games,
Poking sticks into
Dark passages
Of forgotten memories;
Memories like frightened mice
That scurry off in panic.
The sadly moaning bell
Eighty years ago on a lonely buoy
Shrugging its shoulders
In a choppy sea.
A special purple
Strangely found on both
An apron and a stub of clay
In kindergarten.
The round eyed stare
Frozen to my mother’s face
As cancer pain
Prodded her to certain death.
A pet white rat curled in snooze
On my pillow by my cheek.
The falling crescent moon
Smiles in my window
Like my long gone mother
Soothing me
Back to the peace of sleep.

Ovi Magazine
Create a free website or blog at WordPress.com.